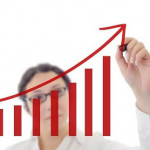 The company has been on the Top 500 Software Companies List for the 4th consecutive year. Based on 2015 Software/Service Providers revenue, TEAM International’s ranking is up 27 points from the previous year.

The Software 500 is a revenue-based ranking of the world’s largest software and services suppliers. The 2016 Software 500 is based on company’s 2015 fiscal year reports.

In 2015 rankings TEAM International demonstrates 19% revenue growth, which is higher than industry average. This milestone indicates TEAM’s focus on technological advancement and innovation.

“We are excited to be ranked among Microsoft, Apple, Oracle and Accenture. The Software 500 is a respectable reference of vendor viability. This award highlights our commitment to providing world-class services in custom application development and testing.”

The total software and software services revenue for the 2015 Software 500 totalled $705.8 billion, while the total number of reported employees is more than 5 million, up 6 percent from the previous year. Top growth areas include business process management, social analytics, and database/data management.