Telesens International returns back to the important German- and European market 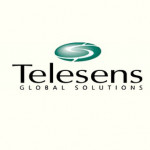 A new company, Telesens Deutschland GmbH, was founded on the 2nd of June 2014 in Cologne, Germany. Its main focus and activities will be the project- and product development of consumer applications like e.g. ERP and B-2-B Systems for various industries like e.g. medical, energy and banking industries.

There for Telesens Deutschland GmbH will provide the entire project and contract management while the development takes place in the Ukrainian and Vietnam development centers.

“So we provide to our European customers project management and consultancy services following German quality standards, where our project- and product managers are the gateway to the development specialists”,

Further he mentioned that the foundation of a new company in Germany was a strategically important step, so that the Telesens reached a new qualitative level of development. Germany is regarded as one of the pioneers in creation of telecommunications systems and has a large experience in business, based on using state-of-the-Art technologies.

First common projects have been initialized in the development of building up new IT-based infrastructures for some African countries as well as building a new generation of ERP-Systems. A major focus is the implementation of a new security system to increase any kind of web-based transaction to a new security level to avoid information losses or changes by “Man-in-the-Middle” Attacks.

Nino Messaoud is the appointed Executive Director (CEO) of Telesens Deutschland GmbH. He is a specialist in creating innovative Information Systems and products based on newest technologies and has more than 20 years’ experience in international project- and product development where he was in key positions responsible for various German- and European companies.

“I know Telesens for a long time and I know by bringing all the international Telesens Locations with their strong individual specialism together, we can provide the best services with best prices to our clients. Top educated developers on one hand and our strong project- and product management skills on the other hand are the main advantage for our clients.”

The company aims to develop new products, which now are in demand on the German- and European markets. After that, it is going to implement these products also at the eastern markets, like it was done with telecom products.

Telesens International thereby resumed its activity in Germany, where it was formed and developed. The fact, that a new company was opened in Germany by Ukrainian entrepreneurs gives a right to say about high potential of Ukrainian hi-tech IT business.

Of special importance is the procedure of doing business both abroad and at the national market, in compliance with high European standards. It not only outlines the development perspectives of the industry and the economy in whole, but also forms the general trend for all the industry representatives. It is also a step towards European integration of Ukraine and its business.

The European colleagues in their turn enter this way into cooperation with the representatives of post-Soviet countries of Eastern Europe.

Telesens International, a developer and supplier of software products and IT services primarily to the telecommunications market, headquartered in London and with a development center in Ukraine, was established in 1998. In 2013 a subsidiary company Telesens VN in Hanoi (Vietnam) was opened. In 2014 a new company Telesens Deutschland in Cologne (Germany) was founded.

Our aim is to support our customers in achieving their goals, whatever the challenges might be. Telesens Product Line (Telesens PL) is a Strategic Business Unit of the company acting as an Independent Software Vendor to a wide range of Telecom Operators in the field of Interconnect Settlement, Wholesale Billing, Content Settlement, and Traffic Trade Management.

Telesens Custom Solutions (Telesens CS) is a Strategic Business Unit focused on professional IT services and projects development for a wide range of customers across the globe, including, but not limited to Telecom Operators, Systems Integrators (SIs), Independent Software Vendors (ISVs), and Network Equipment Providers (NEPs).