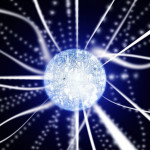 Telesens, an independent software vendor of products and services to the Telecommunications market, headquartered in London, with a development centre in Ukraine, will support all-Ukrainian students programming competition where more than 40 teams from almost all regions of the country will participate.

Telesens became one of the sponsors of the final competition, which will take place from the 13th to the16th of October in Kharkiv National University of Economics.

“An approaching of higher education to a practical activity is one of our strategic tasks. That is why several years ago we initiated a creation of an education scientific productive complex Silicon Valley co-founded by Kharkiv Polytechnic Institute.

We see such an opportunity in this students programming competition where teams will solve practical tasks. We couldn’t ignore this event”,

said Eduard Rubin, CEO of Telesens International. He also reported that the Telesens’ representatives will participate in a student job fair which will take place within the competition.