The Management Buys out Miratech 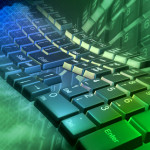 “Partnership with EDB ErgoGroup was important for Miratech; over the last few years thanks to support from our majority shareholder, we have achieved remarkable results and managed to multiply our sales and number of employees”, comments Valeriy Kutsyy, Miratech CEO. “Due to the changed priorities, Miratech will continue as an independent organization, outside of the group. Miratech management is confident that the company will be even more successful over the next years; that is why without any doubts we accepted the invitation from EDB ErgoGroup to negotiate the possible buyout of the full capital stock of Miratech”.

In summer 2007 after the purchase of 60.1% of the Miratech shares, the Norwegian group EDB Business Partner ASA (“EDB”) became the major shareholder of the company with intention to execute a call option and become the 100% shareholder of Miratech. In 2010 EDB merged with ErgoGroup into a new group branded today as EDB ErgoGroup. The ErgoGroup CEO became a CEO of the merged company. The management of the merged group has adopted a new strategy. According to the new strategy, EDB ErgoGroup will have a strategic focus on the Nordic market and, as a direct consequence, will exit Miratech. One of the major reasons was a strong position of Miratech in the Ukrainian market, where EDB ErgoGroup does not have either ambitions or possibilities to further invest in product development and sales to Ukrainian customers. The negotiations on possible exit of EDB ErgoGroup started at the beginning of 2011 with many possible alternatives including selling back to the management and other scenarios.

Since 2007 and up to 2011 the company has significantly strengthened its business. The number of employees has grown from 180 employees at the end of 2007 to 500 employees nowadays. Since 2008 Miratech has been building its own IT service network, which covers over 150 cities of Ukraine. Over the recent four years the sales have been demonstrating an annual compound growth rate at the level of 36%. The services sales in Ukraine have been doubling each year over the same period. The planned total sales of IT services are estimated to be UAH 80 million (USD 10 million) with an EBITA at the level of 8%.