The Polish Surprise: From Communism To Outsourcing Giant 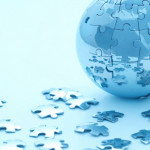 As the world continues to globalize, and companies look to find affordable gateways into new international markets, Poland has emerged as a somewhat unexpected leader in outsourcing and investment from foreign countries.

New construction is changing the skyline of Warsaw, much as new industry is reshaping Poland’s economy.

The Central European nation, which was nearly obliterated during World War II and then stagnated for 44 years under Communist rule, has now arrived into the club of nations that attract capital and jobs.

According to Rafal Szajewski, team lead of the services section at Poland’s Foreign Investment Department, it is essential to understand Poland’s past in order to evaluate its present and future: “If you know our history of problems, you’ll know that today we are in a different world than, say, 22 years ago,” he said, referring to the end of Communist rule, during an outsourcing discussion held Monday in the capital city of Warsaw. “It’s impossible to talk about Poland without going back to that early period of transformation.”

Over the more than two decades since Poland began its conversion to a democratic market economy in 1989, the nation has improved its civil rights record, joined the European Union, and greatly improved its roads, trains and other vital infrastructure systems.

But perhaps the most striking development has been the boost the nation’s economy has seen in the wake of Communism’s end.
It took Poland six years to recover from the post-Communist economic slump — something that happened in most if not all former Communist nations — but now the country is benefitting from explosive growth in several sectors, which helped it become the only country in Europe to survive the 2008 economic downturn and its aftermath without experiencing a single year of decline in its gross domestic product.

There are many factors behind this much-cited statistic, but one of the keys is the country’s emergence as one of the world’s elite outsourcing destinations. Paul Fogo, a member of the American Chamber of Commerce in Poland, says the country is being rated as perhaps the most vital and important one outsourcing destination in Europe: “Global Services magazine ranked Poland the best place in the world for an outsourcing service outside of Asia,” he said Wednesday during an outsourcing conference in the industrial city of Katowice in the south of Poland near the Czech border. “That’s in all of Europe, and all of the world.”

plenipotentiary for strategic investors for the mayor’s office.” His name is Mateusz Skowroński, and he pointed out that it’s not just outsourcing: Poland is is seen as a general investment destination as well. “According to Ernst & Young, Poland is the second-most-attractive country to invest in in Europe after Germany,” he said.

New construction is changing the skyline of Warsaw, much as new industry is reshaping Poland’s economy.
In 2002 there were “just a couple” of business services centers in Poland, said Ernst & Young’s Pawel Panczyj, who serves as advisor to the Association of Business Service Leaders in Poland, and today there are nearly 350, producing jobs at a rate of 10,000 new positions per year. The sector, which currently employs about 90,000 people in Poland, is quickly gaining on the nation’s traditional coal-mining industry, which currently employs 180,000 .

“In the past, most multinational companies were choosing India for outsourcing, now they are choosing Poland,” said Under-Secretary of State Beata Stelmach. How did Poland get to this point? Polish officials say three major factors combine to create a climate conducive to outsourcing and foreign investment.

First is the high quality of the Polish workforce. The nation retains a large population of highly skilled and educated workers, most of which know one or two foreign languages, meaning that locating a services center there is seen by many investors and companies as a safe bet.

According to Stelmach, the second key to Poland’s attractiveness to companies looking to get the most out of their investments in business services, software engineering or IT centers, is the low cost of doing business. GDP per capita in Poland in 2011 was $20,334, or 40 percent lower than the EU average according to Eurostat, and wages and rents also continue to be relatively low in comparison to those in most E.U. member countries.

Additionally, Poland has made great strides in improving its infrastructure by adding and upgrading highways, subways and other systems, thereby hoping to do away with what one investor said was once Poland’s “Achille’s heel,” its long-maligned transportation infrastructure. Since joining the E.U. in 2004, Poland has received more funds from the European Union than any other nation, much of which has gone to revamping infrastructure.

Between 2008 and 2012, Stelmach said Poland’s growth rate was approximately 16 percent, and according to Marek Łyżwa, a member of the board of the Polish Information and Foreign Investment Agency, there are currently 146 investment projects underway in Poland which are expected to create a total 37,000 jobs in coming years.

Thom Mead, CEO of Globalization Today magazine, predicts that Poland’s employment in the business services sector could double in the next five years: “If [business services has] 100,000 people employed today, could it be 200,000 employees in five years? I think it could be.”

New construction is changing the skyline of Warsaw, much as new industry is reshaping Poland’s economy.

For the Poles, who were wealthier than other Soviet-bloc citizens during the Cold War but still far behind Western Europe, that growth is turning into a very different standard of living than it used to be in the past. Grażyna Pychlik, a tour guide, summed up the future of Warsaw — and by extension, Poland — this way: “Warsaw is changing very quickly right now, more so than many other places in Europe,” she said during a walk through the streets of Warsaw’s reconstructed Old Town. “In four or five years, Warsaw will be a much different place if you were to come back, even for the people who live here.”