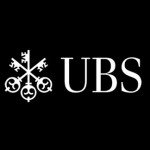 UBS has agreed two deals to outsource delivery of technology systems underpinning its fixed income trading platforms, in an attempt to cut costs across its business.

The Swiss investment bank has partnered with French firms Murex and Ion Trading to replace its various trading platforms, including risk management and trade booking, with standardised technology.

By outsourcing its systems the bank will be able to streamline its fixed income operations, according to Reuters, and will be able to focus expenditure on meeting mounting demands from regulators.

A number of other large investment banks have recently outsourced parts of their IT to service providers, with Societe Generale partnering with Accenture to deliver its securities processing systems last year.

UBS already outsources certain IT functions and, according to its most recent quarterly financial results, spent 331 million Swiss Francs, up from 325 million during the previous quarter.

According to TechMarketView financial services analyst, Peter Roe, the decision by UBS to outsource more of its IT is a ‘logical’ step that is likely to prompt other banks to take similar measures.

“UBS did a deal with iGate, and they have been quite forward in terms of doing outsourced deals,” he told ComputerworldUK.

“They have had their problems in terms of both finance and technology, but it appears they have taken the strategic decision to use third party suppliers more aggressively, and that gives them better agility and better flexibility. It will also give them a better competitive and cost position going forward.”

He added: “It is a logical step for them to take. There aren’t many banks doing that just yet so it is unusual in that regards, but it is logical and sensible and others are likely to follow.”

In 2011 the bank’s IT systems came under scrutiny after rogue trader Kweku Adoboli ran up a $2 billion (£1.3 billion) loss on the bank’s derivatives desk, resulting in a £7.5 million fine. However UBS has insisted its IT systems did detect unusual and unauthorised trading activity.