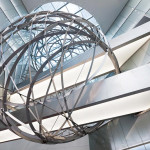 Shared services and outsourcing stand to gain popularity in Ukraine, promising to bring fresh investment and new jobs to the country, if only labor and human capital barriers can be overcome.

Accounting outsourcing is the youngest and one of the most promising kinds of Business Process Outsourcing in Ukraine, experts say.

Average 20 percent growth in 2008-2011, according to Poland’s national investment office PAIIZ, has boosted employment in the sector to close to 100,000. The agency estimates the field is worth around $3.75 billion at present, up by a quarter from 2011.

Having conquered Poland’s biggest cities, outsourcing-linked investments are focused on provincial centers that can provide needed infrastructure but offer lower wages. Thus, companies are moving from Krakow and its average gross wages of $1,200, to just under $950 in nearby Rzeszow – less, but still twice as high as offered in many Ukrainian cities. As a result, some companies are looking across the border to Ukraine in search of cheaper workers and infrastructure.

Nestle, the world’s largest food producer, was among the first to realize Ukraine’s potential. In 2011 it opened a center for financial and human resources services in Lviv – one of three worldwide. A year later Nestle says the move was a success.

“Now more than 400 people work there, providing all financial services, including accounting, and human resources services for the company’s branches in Poland, the Czech Republic, Slovakia, Russia and Ukraine,” said Gennadiy Radchenko, head of corporate communications and corporate affairs of Nestle Ukraine & Moldova.

The company hesitated among Poland, Hungary and Ukraine, he said, but decided on Ukraine because of low labor and office costs.  “Also, the qualifications of local people are very high,” Radchenko added.

The sphere is small, but growing 20-40 percent every year, said Oleksandr Kobzarev, who heads the City Institute, a think tank that helps set up Lviv’s development strategy.

“In Lviv, BPO companies are growing fast. The city’s economic strategy puts IT and BPO as a priority. After the recent Outsourcing Shared Service Week in Amsterdam one big company already visited the city, and several other visits are planned. Investors learned more about Lviv and what it has to offer,” Kobzarev said.

For now, most demand for BPO comes from big international firms, but local companies are slowly moving to shared service centers for their administrative and bookkeeping work.

“This is especially effective when the company is working in several spheres. To find accountants who will be good in several directions of accounting, let’s say, retail and construction, is very hard. Also, it is very costly to have an accounting team in house,” said Yuliya Nykonenko, senior manager for tax and legal issues at Big-Four auditor KPMG.

But while some players have been on the Ukrainian BPO market for over a decade, experts note there is still a lot of room for growth.

“Ukrainian businesses see the accounting function as vital, and it is hard for them to imagine sharing accounting information with a third party, due to reputation and confidentiality risks,” said Nataliya Vovchuk, head of the Association of Chartered Certified Accountants in Ukraine, Baltic and Caucasus States.

Ukraine’s Byzantine tax system is one of the factors driving domestic outsourcing. Valeriy Bondar, managing partner of HLB, which currently does accounting for several Indian and European companies in Ukraine, said most of their clients are newcomers on the Ukrainian market.

“Ukraine is a country with 135 kinds of taxes, compared to 40-45 in most European states. Also, our tax code is complicated and changes often, so foreign companies are in big need of competent people as they arrive,” he says.

A confused tax service, however, can be a double-edged sword. “A lot of time and resources are wasted on inspections of the Tax Service. There can be dozens of checks per year,” Bondar explained.
Yet a lack of personnel, competent in both foreign languages and their field of expertise, is a barrier international BPO growth. Experts point to Lviv and Kharkiv as the top cities for international BPO, with enough qualified personnel, lower wages than in the capital and developed information technology sectors – a particularly important aspect given the industry’s reliance on computers.

Ukraine’s high number of qualified IT specialists, who can help with the outsourcing infrastructure set-up, is a top reason to be optimistic about the sector’s prospects, said ACCA’s Vovchuk. “There is a big niche on the market that has to be taken,” she added.

But Ukraine needs to boost its supply of office space. Poland has 6 million square meters, with another million in the works, according to global real estate consulting firm CBRE. Meanwhile, Kyiv has 1.3 million square meters on the market, with other cities far behind.

Policy also has to be amended to  lure in big investments.

“Ukraine’s labor regulations are outdated and inflexible.  Likewise, the tax environment continues to frustrate foreign investors.  A phased decrease in VAT [value-added tax] and corporate income taxes will help make the country more competitive over the next few years,” says Nikolai Ganzha, director at Acumen International, a Kyiv-based outsourcing firm. “The government needs to embrace a customer service attitude that carefully examines what investors need, then meet and exceed those needs,” Ganzha added.