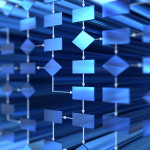 In the last two years Ukrainian IT market has been recovering after a sharp decline experienced in 2009. The market will continue to record double digit growth rates in 2012-2013. The macroeconomic and political situation will remain of crucial importance in the country.

According to the latest report “IT market in Ukraine 2012. Development forecasts for 2012-2017” published by PMR, a market research company, the total sales of IT products and services in Ukraine hit UAH 14.5bn (€1.3bn) in 2011. The annual growth rate of the IT market in the country declined to 18.1% last year from more than 43% in 2010. However this smaller market growth is more organic for the Ukrainian economic and business reality. It is important to explain that the value does not include the exports of software development outsourcing services in the country, which were more than a half of the domestic IT market value last year.

Ukrainian companies, the government and also home users drastically reduced their IT spending in 2009 when a deep crisis affected the Ukrainian economy. In 2010 the economy started to recover and IT sales in the country were returning back to their reasonable level, resulting in sharp market growth. In 2011, market development was already driven by a mix of corporate and public investments postponed in 2009-H1 2010 and by the natural demand for personal computers in the private sector. 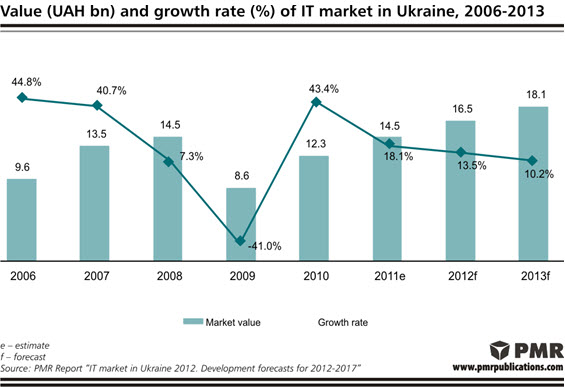 Booming growth in the last two years helped the Ukrainian IT market return to the 2008 level when IT spending in the country reached its maximum. But if measured in hard currency, the value of the market is still approximately 30% smaller than three years ago due to the devaluation of the national currency. PMR considers that it will take 3-4 years for Ukraine to reach €1.9bn of IT spending as registered in 2008.

A positive trend of 2011 was some recovery of IT investments in the public sector and in the segment of state owned companies. These investments were partially connected to the upgrade of the transport infrastructure, as well as the financing of the creation of national databases. Some IT investments were also done by Naftogas, the national oil and gas monopoly which the government plans to reform, and the Ukrainian Post.

Another market trend was the growing complexity and importance of outsourcing projects. In 2011, companies started to transfer administration of their IT infrastructure or service desk functions to external providers. Thus, the suppliers of outsourcing services were providing skills and knowledge lacking in the IT departments of buyers. In the opinion of Ukrainian outsourcing providers, the migration of demand for outsourcing from relatively simple tasks to high-end services requires suppliers to pay attention to the development of their competences and skills to be able to guarantee quality and delivery time in legally-binding service-level agreements. The suppliers’ skills became one of the factors which restricted the growth of this market.

Macro and political situation will remain of key importance

The GDP growth in Ukraine in 2010-2011 was a result of the recovery in the Ukrainian economy and export sales after their sharp decline in 2009. The country enacted almost no reforms to build a solid background for further economic development and to protect national business and the public sector from the negative impact of possible changes in foreign markets. As a result the Ukrainian economy remains highly vulnerable and its performance in 2012 and in the next years is quite uncertain.

In the structure of Ukrainian GDP and export, the share of low added value chemical industry and metallurgy dominates. The diversification of the economy shows no signs progress. The profitability of these industries is highly dependable on the growing prices of imported natural gas which pushed Ukrainian companies from the sector to the edge of closure in 2011. 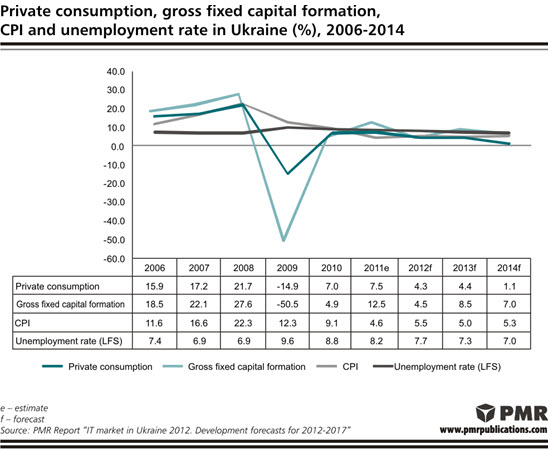 Also unclear are the economic results of the UEFA European Football Championship 2012 for Ukraine. There is no certainty of inflow of money in the Ukrainian consumption sector and payback of the private and public investments done in preparation for the championship.

One of the problems in Ukraine remains lingering attempts to balance the interests of Russia and the emerging Eurasian Economic Union on the one hand, and a growing closer cooperation with the European Union on the other. Ukraine’s declining to enter the Eurasian Union and declaring its EU orientation does not necessarily facilitate the democratic reforms and changes in public administration of the private sector required by the EU. These reforms could damage the interests of some powerful Ukrainian financial groups. As a result, the market access and other benefits offered by Eurasian Union are not available for Ukrainian businesses, however radical reforms and transformation which may speed up the development of domestic companies are also not taking place.

IT market to keep on growing

“General perspectives of the IT industry in Ukraine in 2012 and in the next years remain mixed but positive. We expect the IT market in Ukraine to maintain a double digit rate of growth in 2012 and 2013. This forecast is based on the assumption of macroeconomic and political stability and lack of economic shocks in the country. In this event the market is expected to increase by approximately 13.5% year on year to UAH 16.5bn (€1.48bn) this year. With increasing market maturity, growth is expected to slow. In 2013 growth could decline to approx. 10%. The main driver of market growth in the next years will be the demand for computer hardware” – comments Pawel Olszynka, PMR analyst and one of the report authors.

On the one hand Ukrainian companies, government and home users have a significant organic need for IT products and services. IT market growth could be also facilitated by the implementation of e-government services and the expected elaboration of 3G-UMTS operating licenses in the country. On the other hand the abovementioned macroeconomic situation in Ukraine, incomes of the population and perspectives for new investments are not certain. The price of energy resources, access to export markets in Russia and other CIS countries, and world prices for metal (a main export commodity in Ukraine) are additional factors which remain outside control. In the beginning of 2012 Ukrainian banks started to restrict their consumption loan programmes, which indicates lingering economic uncertainty and possible changes.

Interviews with Ukrainian IT companies PMR carried out and their assessment of sales growth in 2012 reflect this lack of trust and commitment to market growth. In the beginning of 2011 only 12% of companies interviewed expected no market growth. In the beginning of 2012 several companies considered it possible for the market to decline, while a significant percentage of the business was ready for any development of the situation.