CEE is more Attractive than ever as Uncertainty Looms 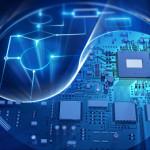 When the global financial crisis struck the world in 2008, many predicted that there would be a boom in offshore outsourcing. It didn’t really happen.

Why? Because at that time most companies slashed all project budgets and retrenched employees. It was a time when nobody was certain of what the future would bring and it costs money to run outsourcing projects – even if they can create longer-term savings. Nobody wanted to invest all that money in setting up in a remote location hoping for gains in the future.

We are once again in an uncertain time, but this time there is a far more mature option for sourcing in the central and eastern European (CEE) region. The setup costs for running a project in the CEE region are far lower than for a full-blown offshoring programme where work needs to be transferred to India or China.

So there is a much more credible alternative available if companies in western Europe are seeking to stabilise costs in the short-term and build a pan-European delivery model for the long-term.

The CEE region has never tried to compete head on with countries like India in terms of absolute labour cost, the advantage has always been the cultural compatibility with Europe, the expertise, and the ability to be close to the customer – it’s possible to make a day trip to a development team from any other place in Europe.

And now, with the economy looking uncertain once again in both the US and Europe it seems that the nearshoring option is looking far more attractive than the full offshore model, because much less initial investment is needed to make it happen.