How Well Do You Know Your Outsourcing Service Providers? 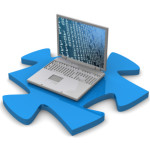 A new mobile app for iPhone and iPad called ‘GlobalSourcer’ breaks barriers by offering information about outsourcing service providers in ITO and BPO sectors to the public.

A new mobile app called “GlobalSourcer” has hit the Apple Stores. The App facilitates knowledge sharing about outsourcing service providers and acts as a direct link between the buyers and providers within the global sourcing ecosystem. The App thus breaks the monopoly of the leading analyst and sourcing advisory firms and brings down the cost of advice.

Typically, a customer looking towards India for service providers approach outsourcing advisory firms for advice on selecting the most suitable provider that best fits their organizational needs. The advisory firms provide them with insights on the service providers for a premium based on the data they hold, which is normally inaccessible to the buyer. Buyers also tend to be billed heavily for running the provider selection process and the deal itself. So, it is an over kill for the buyers.

The app, aptly named ‘GlobalSourcer’ for its focus on global sourcing industry, breaks this hold by making information about service providers in sectors like ITO, BPO, etc open to the buyers and the public. With an intuitive interface, insightful infographics and up-to-date information it is priced modestly at $19.99. This is also one of the first true enterprise apps sold on the App Store.

The app is being hailed as a revolution in the global sourcing space as typically global sourcing knowledge is not normally transparent or well understood. The sensitive information, decisive in nature, which the advisory and analyst firms hold onto, is being opened up to the decision makers through this simple app.

Commenting on the announcement, Managing Director and founder Sashikant Kakara, stated, “In the current highly volatile economy, the key traps for any outsourcing buyer is a lack of in-depth analysis of service provider domain expertise and a clear methodology to distinguish service providers. This app fills the gap and reshapes the way customers perceive the providers. On the other hand, for service providers, the app is a new channel and platform to optimize their brand presence and gain traction in new geographies and verticals. Clearly, it is a win-win situation for the Indian Service Providers and the outsourcing customers.”