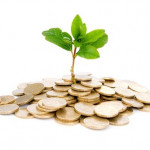 Asseco SEE conducted a survey among key Serbian media editors about their opinion regarding IT sector.

Over 60 percent of respondents think that IT industry has a high impact on Serbian economy, and even 94 percent believe that the Government should take actions in order to support our country’s IT sector – these are the results of the survey which was conducted among the editors of the most influential Serbian media by Asseco SEE, the IT regional leader and one of greatest IT companies in Europe.

According to the survey, the editors find that our most significant competitive edge regarding the situation within the region and Europe is the price and quality relation – 36 percent, and 32 percent find that our greatest advantage are high quality personnel.

“The public is increasingly occupied with the significance of IT industry, which results from the rocketing growth of this economy segment, both globally and in our country. The greatest generator of IT services and infrastructure demand should be the Government. With introduction of electronic services the public administration becomes more efficient, and above all transparent, which provides a direct impact to the IT sector,“

Vladan Atanasijević, member of Management Board Asseco SEE in Serbia said, and he also added that

“Asseco SEE conducted a survey in order to estimate haw media perceive the IT sector, and in order to adapt their communications so that the public could learn more about activities and real IT sector potentials, and about the ways which would help realization of such potentials, especially regarding the process of E-Government development.“

A half of respondents think that improvement of the educational system is most important for development of IT sector in Serbia, while one third of respondents believe that most significant factor would be the Government’s incentive programmes.

As concerns the condition of IT structure in the country, the highest number of respondents emphasizes the state administration, education and health sectors.

The survey was conducted in February 2014, and it included 16 editors of key national media – newspaper agencies, daily and weekly magazines and TV and radio stations.