The Minister of ITC Vasile Botnari: Libraries in Moldova Have Acquired a New Life Due to the Digitization 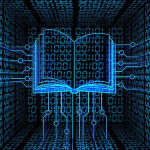 “Libraries in Moldova have acquired a new life due to the modernization and digitization process conducted within the “Novateca” program. Today, every second Moldovan public library is equipped with computers and the number of visitors have increased 4,5 times ”,

the Minister of Information Technology and Communications Vasile Botnari said during a working visit to the Public Library Orhei, which is part of the program Novateca.

Vasile Botnari underlined that the Ministry of Information Technology and Communications will continue to support the consolidation of the Novateca network, which became an effective way to train different categories of population in the information field.

“A great effort is made to digitize libraries, which are transformed into community centers thanks to the current modern technologies. Nowadays, libraries offer more than just books, but it is very important that people know about the benefits they provide, including the development of various abilities”,

the Minister of ITC added.

In the context of ensuring the citizens’ access to the modern services from digital platforms the Minister of ITC has informed about the benefits of the electronic identity card, by means of which 8 services are already available, and the number of services will be considerably extended in the near future.

The Country Director for the IREX Moldova office Evan Tracz has informed, in his turn, that over the past 4 years of activity in Moldova the “Novateca” program has equipped over 750 public libraries with more than 2800 computers connected to the Internet, that provide Moldovan citizens with free access to the information and online services.

Moreover, with the support of the program over 800 librarians have taken training courses concerning IT and creation of new library services.

“The Orhei Public Library is a model of a modern library, which serves for citizens as a center of access to digital information, trainings and various opportunities. 90% of Orhei libraries benefited from the modernization and trainings to provide modern library services not only to children but also to adults and elderly people, who share diverse interests”,

the director of IREX Moldova specified.

Novateca is a five – year program, launched in 2012 after the signing of the partnership memorandum between the Ministry of Information Technology and Communications, Ministry of Culture and Global Libraries Program in Moldova for libraries modernization, provision of computer equipment and free internet access.

The project set itself a target to provide to citizens such benefits as free access to modern technologies and innovative library services, which meet local information needs, being guided by well-trained librarians and supported by the community partners.

The modernized libraries of the Novateca network offer to communities both traditional service of book lending and also about 400 other modern library services.