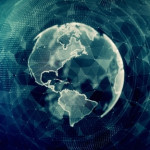 The Ministry of Informational Technologies and Communications (MoIT) jointly with the USAID Competitiveness Enhancement and Enterprise Development Project (CEED-II) will elaborate a Concept for developing IT-entrepreneurship “Start-Up Moldova” in order to contribute to identifying innovative ideas for business development (Start-up) in the republic.

At the Tuesday’s press conference, Minister of Information Technology and Communications Vasile Botnari said that there are cases when a new company with an innovative idea transits into the class of large companies with multimillion capital within several months – for example, Skype.

“For appearance and development of such projects in Moldova, we have to prepare a comfortable business environment and a due legislative basis”,

According to him, for fulfilling this objective, first of all, training of IT specialists should be started and other countries’ experience should be implemented in the country, while foreign specialists, who want to develop IT projects in Moldova should be given business visas.

The minister pointed at the fact that in Moldova there are no legislative conditions for alternative financing, such as crowdfunding, which has long been used in other countries.

Deputy Minister Vitalie Tarlev said that the internal market of software production in Moldova is assessed at US$22 million, while the export accounts for US$70 million. In Moldova there are 1.1 thousand IT companies, in which over 10 thousand specialists are working.

He said that first steps for developing IT entrepreneurship have already been made. These are the adopted Moldovan Digital Strategy-2020, Law on IT-parks, preparing of tax concessions for IT entrepreneurs, opening of courses for training specialists in this field.

The Concept of developing IT-entrepreneurship “Start-up Moldova” is based on conclusions, made within the Moldova ICT Summit 2016, held in April.