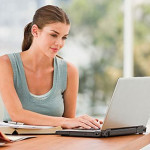 Today, August 17, the National Regulatory Agency for Electronic Communications and Information Technology (ANRCETI) celebrates its 15th anniversary of regulatory activity in the electronic communications and IT sector, one of the most dynamic sectors of the national economy.

ANRCETI Director Grigore Varanita believes that the Agency team, starting in 2000 in a field still unknown to many, came across multiple challenges throughout the 15-year period, in order to currently become a mature regulator of a specific market.

All these became possible due to regulatory measures taken by the Agency throughout the time of its existence, said Grigore Varanita in an interview with the weekly “Capital Market” dedicated to the 15th anniversary of ANRCETI foundation.

“In all these years, amid liberalization of electronic communications and transposition of EU regulatory framework into the national one, the Agency has acted consistently to ensure the creation of favorable conditions for market development, competition promotion and efficient investment in infrastructure and meeting consumers’ interests”.

As mentioned by the Director, the Agency team fulfilled those objectives, performing several rounds of market analysis and imposing appropriate steps to remedy the identified competition issues, regulating tariffs for certain key services for competitive operation of the markets, but also through a series of other symmetrical interventions, such as the implementation of number portability, the “closed” format of dialing telephone numbers from the National Numbering Plan, the efficient use of radio frequencies for the provision of public mobile electronic communications networks/services and implementation of the technological neutrality regime in using these resources, measures dedicated to informing and protecting the legitimate interests of service consumers.

We would like to underline just a few examples that reflect the direct impact of the measures taken by the Agency on the market. Following the regulation of tariffs for wholesale call termination services in mobile networks, their level decreased by 78% from 7 cents to 1,53 cents, in fixed networks – by 81,8%: from 3,19 cents to 0,58 cents.

This intervention led to increased competition on the telephone markets, especially on the mobile market, to lower tariffs for national calls and appearance of more attractive offers to consumers.

The launch of number portability in July 2013 contributed to the increase of users’ freedom of choice, but also to enhanced competition between mobile operators.

In the timeframe July 2013 – August 2015 more than 96,400 users received this service. Over 88 thousand of these used the porting service in mobile networks and 8,4 thousand – in fixed networks.

The measures regulating the use of radio spectrum in the provision of public mobile communications services created favorable conditions for the promotion of new technologies and the development of broadband services.

Following the implementation of the licenses issued by the Agency, 3G mobile services were launched in our country in 2008, for the first time, while in 2012 – 4G services.

In 2014, the Agency issued to the three mobile operators eight new licenses for the use of radio frequencies in 800, 900 and 1800 MHz bands, under technological neutrality regime, which enables them to choose and use any technology (HSPA, WIMAX, 3G, 4G/LTE, etc.) compatible with the GSM technology.

In the past nine years, mobile operators paid to the state budget over 1,7 billion lei license fees for the licenses authorizing the use of radio frequencies in the provision of public mobile communications services.

The Internet access services continuously significantly developed in terms of number of subscribers (fixed and mobile Internet): from 13,8 thousand in 2002 to 2,2 million in 2014. As for the fixed Internet access speed, according to the specialized website, Moldova ranks 9th in the world for upload speed (30 Mbps) and 14th – for download speed (36,4 Mbps).