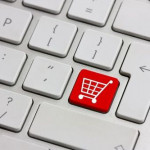 Moldavian operators’ total fixed internet sales volume grew by MDL 110.6 million or 11.8 percent to MDL 1.50 billion in 2015 due to increases in the revenues of all local operators, according to a report by telecommunications authority Anrceti.

According to data presented by 80 active providers of fixed internet access services, the penetration rate of these services per 100 inhabitants of the country increased by 0.7 percent in 2015 to 15 percent.

According to Anrceti estimates, the same indicator per 100 households was situated at 45 percent.

At the end of 2015, FTTx technology was used by 54.1 percent of the total number of subscribers, xDSL by 38.1 percent, coaxial cable by 7.4 percent and other technologies by 0.4 percent.

In terms of turnover, the market shares of the largest providers of fixed internet access did not undergo significant changes in 2015.

The market shares of Moldtelecom and Starnet Solutii were 63.8 percent and 22.6 percent, the share of Sun Communications was 4.6 percent and the cumulative share of the other 77 suppliers was 9 percent.