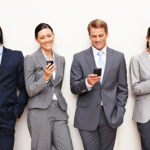 The number of 4G mobile internet users in Moldova rose 35 percent year-on-year to around 35,400 at the end of the first quarter, according to the national regulator ANRCETI.

Over the same period the number of mobile broadband users on modems, USB devices or cards increased by 4.8 percent to 1.25 million, or around 35 percent of the population.

Including phones, the total number of mobile internet users was 1.72 million at end-March, equal to 48.5 percent of the population.

Mobile internet traffic rose 43 percent compared to Q1 2014 to over 9.6 million GB. Average monthly traffic among phone users was 256.3 MB, up 178 percent from a year earlier, and among mobile broadband users 9.9 GB, up 17 percent.

Revenues from mobile internet services reached MDL 133.5 million in the quarter, an increase of 16.5 percent from a year ago. Moldcell generated the strongest growth, up 21.2 percent to MDL 31.5 million; Orange grew 16.2 percent to MDL 78.6 million; and Moldtelecom’s revenues were up 11.4 percent to MDL 23.3 million. Average revenue per user was down 0.8 percent to MDL 95.8.