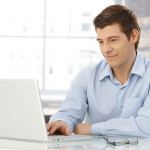 Moldova’s telecommunications authority Anrceti saw an increase of  31.9 percent in the number of individuals and businesses who requested Anrceti to provide assistance throughout 2014, according to a report on complaints received by Anrceti in 2014.

In total, more than 780 requested assistance from the authority in 2014.

This is mainly due to the significant increase in the number of citizens who called Anrceti’s free information hotline to address complaints.

The analysis of issues customers complained about shows an increase in the number of claims on billing and veracity of billing data included in invoices (45 complaints) and higher tariffs for some services (11 complaints).

At the same time, there has been a decrease in the number of complaints regarding the abusive actions of providers as regards the porting of numbers (6 complaints), illegal disconnections (11 complaints), the quality of telephone services and internet access (20 complaints).