From January 1, 2015, moldovan providers to submit data to NARECIT online 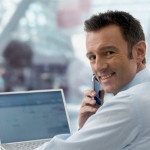 Moldovan National Regulatory Agency for Electronic Communications and Information Technology (NARECIT) will implement a new module of its information system to allow providers to submit online statistical reports and other information about the activity.

The new system will be implemented from January 1, 2015.

According to Deputy Director of NARECIT, Cornelia Jaloba, new module of the information system of NARECIT will be tested in the next two months.

The Agency will organize training with providers across the country on the new system to present data online.

In addition, NARECIT plans, according to efficiency of the system, to exclude until the end of next year data reporting on paper.