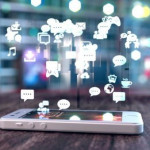 Moldavian operators saw their combined sales volume of mobile services decrease by 5.4 percent to MDL 1.648 billion in H1, according to a report by telecommunications authority Anrceti. The drop was caused by a decrease in both the number of users of mobile services as well as the voice traffic volume generated by them.

At the same time, Moldtelecom’s sales volume of mobile services grew by 8.7 percent to MDL 68.1 million. ARPU declined by 4.6 percent to MDL 74.5. Orange Moldova had the highest ARPU, namely MDL 86.9, followed by Moldtelecom with MDL 81.4 and Moldcell with MDL 54.3.

The total number of users of mobile telephony services decreased compared to the end of 2015 by more than 24,700 or 0.6 percent and accounted for more than 4.299 million, of whom 3.682 million (85.7 percent) are active users. This development was caused mainly by Orange Moldova’s diminishing customer base which dropped by 42,500 (1.7 percent).

At the same time, Moldcell and Moldtelecom managed to increase their base of users by 9,900 (0.7 percent) and 7,800 (2.5 percent). Following this development, the penetration rate of mobile telephony services per 100 inhabitants decreased by 0.6 percent to 121 percent.

In the same period, total voice traffic generated by mobile users decreased compared to the first half of 2015 by 72,000 minutes (2.3 percent) and amounted to 3.70 billion minutes.

Diminishing voice traffic on mobile networks and mobile telephony sales was caused mainly by the increasing use of voice service via mobile internet (Skype, Viber, among others). In terms of the sales volumes, Orange Moldova is market leader with a share of 68.5 percent, followed by Moldcell with 27.4 percent and Moldtelecom with 4.1 percent.