Moldova’s first tourism app has been launched and it’s free! 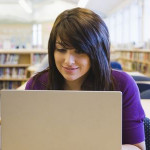 A new free tourism app for Moldova has been launched. It’s called Moldova Holiday and it’s available for iOS and Android users.

The app has info and directions for the best 50 places of interest in Moldova and it’s based on the model of Slovenia’s Top 50, being developed by the same company.

The 50 destinations include the most famous wineries, cultural and architectural monuments, museums and monasteries in Moldova. The app’s design follows the guidelines for using the national tourism brand and has an English-language interface.

Users have access to general info about the destinations, directions towards them, the option to schedule a visit, to invite friends via social networks, to choose and edit routes even in offline mode and so on.

The launch of Moldova Holiday is part of a larger campaign for the promotion of the national tourism brand, which will begin this week at the Chisinau International Airport.

Besides the customary billboards, 10000 SIM cards with free 3G will be offered to foreigners arriving at the airport, which will enable them to learn about possible destinations and self-traveling opportunities in Moldova. The cards will contain the app’s QR code.