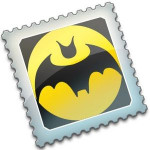 The new The Bat! v6.1 comes with major improvements regarding the support of the cryptographic protocols. Previous versions of the program supported TLS 1.0 only, however we also implemented SSL 3.0 – an older version of the protocol to comply with the outdated mail servers. We also added the support of TLS 1.1 – a newer version of the protocol to enhance the security of messages in transit.

Still there are many mail servers using the outdated version of the secure protocol – SSL 3.0. The implementation of that version of the protocol will allow The Bat! users to send and receive messages via the e-mail service providers that still use SSL 3.0. To keep up with the contemporary security standards from now on The Bat! supports TLS 1.1 as well.

Besides that there are a lot of other changes and issue fixes in the program. The most important ones are listed below: