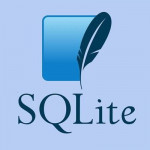 The specialists of software testing company deal with different types of databases during web testing (either functional of performance testing). The point is that the proper work of web programs and application is ensured by the correct operation of the database.

In order to manage the database, SQLite system is used. This is an open-source software that does not require any special licenses. SQLite can be launch on different OS – Windows, Mac OS, Unix, and Symbian. It is a big advantage of this system. Besides that, the software is very flexible.

What Are the Pluses of SQLite?

SQLite as a system for database management has several disadvantages. And it does have the capacity to support some functions. During database testing, it may be crucial.

What Are the Minuses of SQLite?

If the testers are aware of the principles of database operation, it will be easier for them to conduct server-side testing, database checking, and control of web products.

The Specifics of Unit Testing