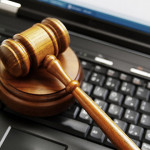 Citizens will be able to report on irregularities they face in the society directly to competent institutions through a civic platform, www.imipasa.md, launched in Chisinau.

„Îmi pasă” (I Care) is a platform where people may report about unlawful acts or their problems, such as: purchasing a product with expired validity term, deceiving consumers while weighing goods, non-issuance of the receipt for tax purposes, etc.

Users’ notifications will be analysed by state institutions in charge, and the fulfillment of the notifications’ status could be watched on line.

At the event, Ambassador of the United Kingdom to Moldova, His Excellency Phil Batson said the launch of this project would have a positive impact on the society and would influence at least five levels of the community.

“The civic platform “Imi pasa” will help enhance the degree of informing beneficiaries and consumers about their rights, will increase the civic participation in society and local community, will boost residents’ confidence in public institutions, will reduce corruption in the system, and not in the least, will eliminate the black market from Moldova. Statistics data shows that the underground economy accounts for about 40 per cent of the country’s Gross Domestic Product,”

For her part, United Nations Development Programme (UNDP) Deputy Resident Representative in Moldova Narine Sahakyan said the platform would allow direct communication between institutions and citizens, serving as a reaction mechanism of response to demands by people whose fundamental rights were infringed.

“I am sure that the problem of shadow economy would be removed gradually through the www.imipasa.md platform, which is maintained because of fiscal frauds and lack of citizens’ trust in the main state institutions. Many European partners already provide support to Moldova to settle this problem,”

Also, the platform users will be able to propose ideas of community projects, which will be voted by the site’s users, and the best four ones will be financially backed to be implemented.

The platform www.imipasa.md was conceived in 2015 by the MiLab laboratory of social innovations – a joint project of UNDP Moldova and Electronic Governance Centre. The project was financially supported by the British Embassy in Chisinau. The overall sum of the project’s implementation is 13,000 dollars.