What are Peculiarities of Ad Hoc Testing? 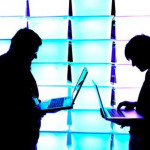 Any web site testing, desktop testing or mobile application testing demands a lot of preparatory works and documentation. But there are situations when there are no possibility to rely on specification requirements, test cases and other documents.

As a Rule, This is the Case:

In these situationsad hoc testing is performed. This testing type does not rely on any supplementary materials; it is based just on tester’s intuition and skills.

Among of the advantages of ad hoc testing is that no time is spent on creating test cases, requirements and other documentation. An experienced tester can quickly find significant and serious defects.

But a software testing company advices to perform full-scale mobile testing, desktop testing or web site testing. As ad hoc testing is not streamlined or structured and a tester can miss some serious errors.

In Order to Increase Efficiency of Ad Hoc Testing it is Wise: