In What Situations is Automated Testing Effective? 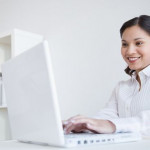 The truth is that automation may be very fruitful and increase efficiency in many times if applied to the right tests. But it can be useless and loss making as well, if inappropriate tests are automated.

That is why a software testing company advises to find out what tests it is wise to automate. Each project is unique and must be considered separately. But for certain situations automated testing is believed to be the best solution.

The Next Tests Should Be Automated:

There are test-cases that are better to execute manually, as they cannot be automated or automation is inefficient for them.