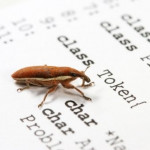 An instrument for bug tracking and management is needed during performing of mobile application testing, desktop testing or web site testing.

It may seem that one can write down the found software bugs in a note-pad, but it’s not all that simple. Modern software products are large, multi-level, sophisticated systems with complex and diverse functionality. Many software engineers and testers are usually involved in such projects.

A software testing company claims that without common database of defects a tester does not know if an error has already been found and reported by another tester. Besides it is inconvenient to communicate with the development team about software bugs statuses. There may be mess in description, steps to reproduce and other attributes of software errors.

Special tools have been elaborated in order to avoid these inconveniences. The tools are bug tracking systems. Nowadays there are many kinds of them and no web site testing, desktop testing or mobile testing is performed without using one of bug trackers.