What are Common Approaches to Software Back-End Testing? 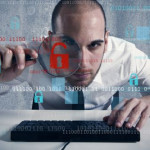 Any software testing company can say that there are fewer methods and instruments for back-end testing than those for testing of an application front-end.