How to Increase Effectiveness of Software Creation? 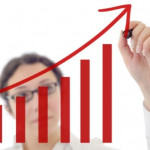 A lot of various experts are involved in creation of a modern software product. Each team has its own tasks, time and budget constraints.

A professional software testing company always reminds its testers that, in spite of different tasks, they together with the developers, the project managers and other members of the project pursue the same purpose, which is creating high quality salable application.

It is known that web site testing, desktop testing or mobile application testing should begin as early as possible. If testers managed to elaborate test cases basing on the project specification, before the code is written, they should make them available for the development team.

In this case the developers are able to see some errors and do not make them in the code. There will be less software bugs for testers to report, but precious time and resources will be saved.