What Is Manual Tester’s Nightmare? 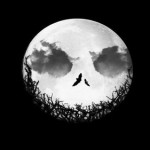 The automation principle is rather widespread today. There are a lot of available testing tools that will simplify load testing, security testing, performance testing, etc. These tools are both free and commercial.

The specialists of manual testing are not enchanted with such a tendency. And the reason of this is obvious – they can lose their jobs or have to change the main occupation. They are afraid that all their effort can be replaced by complex programs for automated testing. There are a plenty of discussions about manual and automated testing, their roles and future, the further development of automation, etc.

But every software testing company can confirm that the human being cannot be totally excluded from the testing procedure. Nowadays, computers are unable to evaluate the product design from the user’s point of view. Usability testing and UI testing are out of their capacities.

What Is the Manual Tester’s Role?

Thus, the whole testing process cannot be totally automated. Some automation of some test cases will cause only difficulties and the appearance of new software bugs. But the main advantages of automated testing are time saving and simplification of checking procedure that cannot be reached without the manual testers’ effort.