The Advantages of MySQL 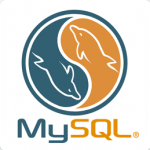 MySQL is an open-source relational database management system. Nowadays, it is considered one of the most popular SQL (Structured Query Languages). It is written in C++ and C. MySQL was created by the company from Sweden in 1995. Now it is supported by Oracle.

Earlier, MyISAM was a default type for data storage. It was easier to use and had rather high performance level. Now it is used InnoDB version 5.5 that support the foreign keys for the referential integrity. MySQL possesses several advantages over the other systems for database management. The biggest plus of this management system is that it support Mac OS, Linux and Windows – it is cross-platform.

What Are the Pluses of MySQL?

In comparison to other relational databases, MySQL is cheaper. And the cost of the license for its commercial version is also not so high.

Not only developers but testers as well should be aware of the specific features of different databases and systems for their management. The majority of current PHP applications include My SQL. So it is recommended for the employees of software testing company to know MySQL. It will help them to effectively execute Magenta test suites, web application checking, banking apps testing, mobile testing and other types of software testing.