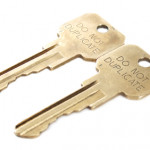 It is well-known that nowadays the software products of various types are rather complicated and multileveled. That is why software testing, web apps checking and mobile testingbecome more complex too.

Very often the test and development teams may consist of a large number of specialists. And there will be several releases. If a system is complex, then there may be a lot of bugs. Every detected error should be added to the bug tracking system. Sometimes it is rather difficult to monitor all issues.

That is why a tester should check whether the error that he wants to add is not already in the bug tracking system. If the bug is opened, the tester just adds his own attachments and error description.

It is useless to duplicate the same bugs over and over again, and the consequences of this may really harm the whole project.

How Bug Duplication May Harm the Dev Process?

Performing functional testing, performance checking, system testing, unit testing or integration control, the team can detect a lot of bugs. But to demonstrate a professional level, specialists should also clearly describe the errors and not to repeat them in the bug tracking system.