What are Peculiarities of Functional Testing of a Program Back-End? 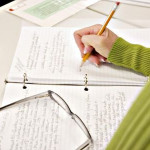 Back-end testing and front-end testing of an application have much in common. They include some similar testing types, for example, functional testing.

Back-end testing and front-end testing are two different perspectives of a software product. That is why they both should be considered and gain sufficient attention in course of mobile application testing, desktop testing and web site testing.

Functional tests for software back-end, as well as for its front-end, should be specially elaborated for each project because every program is peculiar. But there are some methods and techniques commonly used for planning and performing functional tests of an application back-end.

A professional software testing company recommends its testers to divide the system under test on functional modules and test them separately. This approach is especially useful during early stages of the development process and considered to be better than testing the software as a whole unit.

Experts in web site testing, desktop testing and mobile testing claim that it may be difficult to part the program server databases.

Dividing Program Back-End into Functional Modules May be Hard Because: