What Are the Benefits of Session-Based Testing? 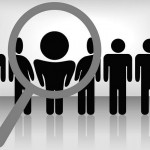 It is an ordinary practice for software testing company to conduct session-based checking during mobile application testing.

In recent years, mobile software products became very popular among used. Some QA specialists are sure that this testing type is more suitable than test cases for working with mobile technologies that now are very fast growing and modifying.

Why Is it Better to Perform Session-Based Testing Rather Than Test Cases?

To cut the long story short, it turns out that it is more convenient and effective to perform website testing, mobile testing and software products testing applying the session principle. Especially, it concerns functional testing or unit testing of mobile applications and programs.