Why is Smoke Testing Important? 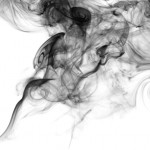 Smoke testing is a testing methodology oriented on detection primary errors and inconsistencies in software in the early stages of product development. Some developers underestimate this type of testing, but statistics show that it is quite profitable.

If developers want plainly to affirm a concept of the software under design they certainly need the smoke testing to be performed. This kind of verification is akin in its main target with functional testing, as far as both of these methods should check the functional. But smoke testing is more oriented on the critical system parameters, which may limit the increase of its performance.

If the smoke testing demonstrates that software is poorly developed and the major functional does not work – there is no sense to perform automated testing or manual testing. The developers have to go few steps back and modify as well as improve the basic functions of the product.