The Smell of Smoke Testing 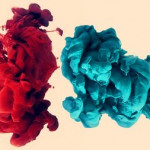 Software testing is an inherent part of software development life cycle. It is rather complicated process which contains different checking types. The existence of separate testing types was determined by the complexity of developed systems.

Every testing type is performed to check the particular component or feature of the product. But all these types have the common aim –­­ to produce an effective and competitive product of a very high quality using minimal amount of resources.

The history shows that smoke testing was at first performed to check engines and other apparatus. Its performance procedure was very simple and rather funny. If the machine was switched on for the first time and there was no fire or smoke, then it could be further used.

Nowadays, the same principle is applied to software products during smoke testing.

What Are the Main Features of Smoke Testing?

If smoke testing was unsuccessful, then there is no point to check the system more thoroughly. The main problems found out during smoke testing are installation and database integration errors.