How Works Are Split in a Software Development Process Nowadays? 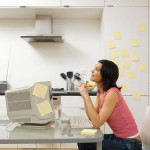 Several teams of experts in different fields from different countries can be involved in creation of a modern application.

Times when everything could be done by a development team are already in the past.

Experts Involved in a Project Can Be Generally Divided into 3 Groups:

Each group is responsible for its tasks and must not perform tasks of other groups. This means that managers determine what the software must be like, what functions it must perform, what features possess. Developers write code and implement ideas of project managers.

Testers check if everything works as intended during web site testing, desktop testing or mobile application testing and may suggest some improvements. The only testing type that can be done by a development team is basic unit testing. After it all testing activities should be executed by a software testing company or a testing team.

Though it is wise to begin testing process as early as possible, a software testing company or internal testing team should not push the developers to give the software product for testing. Everything is to be done according to the project schedule and all the project members must split his or her volume of work so that do everything properly and remain within time constrains.