How Software Testing Depends on the Development Team? 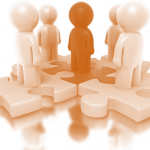 Qualitative and duly performance of mobile application testing, desktop testing or web site testing stands upon many factors. Not all of them depend upon the software testing company.

As all the processes in software development are interconnected, many aspects of software constructing rely on software testing and vice versa.

So, some significant things for web site testing, desktop testing or mobile testing depend on the software engineers.

The Next Things Should be Provided by Development Team:

If developers neglect or execute their duties behind the schedule, testing processes won’t be done on time and thoroughly as well, in spite of all the testers’ efforts.