Why Is the Safety of Software Products so Important? 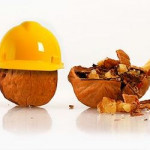 In software testing company, a big attention is paid to the safety of data used in the particular application or website. It does not matter what the application type it is – either a game or an application for a bank. The safety of the product is an essential issue.

Such focused attention to the safety of software products is caused by a huge number of users (which is constantly increasing), the value of used data, the importance of performed processes and the possible threats to the applications.

There are various safety standards and parameters. They differ according to the peculiarities of software products and such testing types as mobile testing, website testing and desktop application testing. The safety measures also depend on the application functionality, the usage field and the application type. For example, safety and security arrangements of web applications require more time and efforts than desktop ones.

During security testing of desktop applications, it is necessary to focus on its authorization procedure, to check the reliability of data storing and the protection from the brute force attack.

Performing website testing, several more points should be checked, additionally to mentioned ones. One should test whether the system is vulnerable to SQL injection, cross site scripting, and so on. It is possible and recommended to also perform penetration testing.