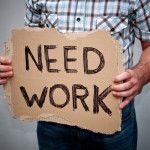 It is known that an application cannot be released without mobile testing, desktop testing or web site testing.

Today many young people want to be software testers. They find such job well-paid, interesting and up-to-date. But not everyone can be hired as software tester.

A software testing company prefers to employ only the most suitable candidates.

Probably a Candidate will not be Hired if He or She: