Why is it Better to Start Software Testing Early? 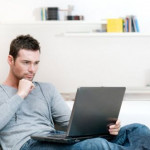 People want their business to be profitable and yield a return. In case of software development produces want their program to be salable and popular among users. There are many ways of enhancing quality of constructed applications.

A software testing company would advise to involve web site testing, desktop testing or mobile application testing as early as possible and regularly perform the needed tests. Then one can be sure that the software development process is successful, and the elaborated application will be of high quality.

Early beginning of testing works gives a lot of advantages. The advantages are significant for manual and automated testing.

Benefits of Early and Often Software Testing Are: