What Bugs Should a Tester Find? 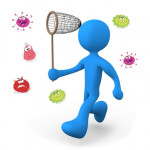 The IT sphere is rather complicated and it requires a thorough theoretical knowledge and the particular way of thinking. The employees of software testing company should always work on their self-development and self-improvement.

But the level of tester’s professionalism and competence is defined by the specifics of the bugs that he usually detects during mobile testing, checking of desktop applications or web products testing.

If a tester discovers a lot of errors while performing system testing or unit testing, it does not necessarily mean that he is a real professional. The quality of detected bugs should also be analyzed.

What Bugs Should a Professional Tester Detect?

These unpredictable and hidden bugs cause a lot of difficulties during testing and after the release. Such type of errors can be detected and documented only by well-experience professional testers.

It is very hard to discover such bugs. To detect them, a tester should be well-aware of the software architecture, the specifics of system functional, the peculiarities of test tools and he should be able to define and apply the most suitable testing methodology.