What is Specificity of Testing Software on Android Platforms? 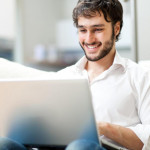 Experts in mobile application testing have to work with various mobile platforms. Many models of tablets and smartphones with different operating systems and their versions are available nowadays. Each mobile operating system is unique and has its requirements to software products.

A lot of mobile devices have Android operating system. It is a Unix-like operating system owned by Google. Specialists in manual and automated testing claim that Android is well adjusted for touch screens and all the features of modern mobile gadgets.

Android Features That Testers Should be Aware Of:

Verifying a Software Product for Android Platforms One May Use Such Tools:

There are other tools that can increase productivity of software testing, more of them will appear.