What Are the Forms of Testing Reports? 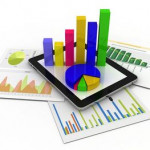 The goal of development process is to create something. It may be program, application, website, etc. Software testing is not a material process; its results cannot be seen or touched. The only way to show the outcomes of checking procedure is to report discovered issues.

The testing reports inform other stakeholders of the product development process about the status of checking procedure (mobile testing or web application testing) and the quality of the software under test (SUT).

Reporting is an inevitable part of software development life cycle, and its results should be taken into account in the testing plan. Some specialists are sure that it is necessary to mention the testing reports in logistic.

Each testing report should be informative and understandable for all participants of the development process. The peculiarities of testing reports should be discussed and coordinated by every party of the project.

What Aspect of Testing Report Should Be Discussed?

Every software testing company may confirm that to open a bug in the bug tracking system is not enough for a good testing report. After performing functional testing, security testing or localization testing, the results should be presented in a particular form.

What Are the Possible Forms of Testing Report?