The Specifics of Game Testing 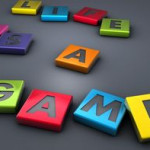 In recent years, the game industry became very popular. Earlier, the development procedure of the game requires not so much time and resources. But now the situation is quite different.

A software company may spend several thousand dollars on the game development lifecycle. A lot of specialists are engaged in this process. Everything is more difficult than it may seem.

The stable demand for computer games ensures the constant capital investments. But the game industry is rather risky, as the end users and their requirements are too diverse. The sphere of software products development is more profitable, and it is easier to meet the needs of end users.

The business tasks cannot be solved with the help of a game. Its main function is to entertain and amuse the users. People do not care whether the documentation or specification has been clearly and fully implemented. What is really important that is the fascinating and absorbing gameplay.

The impression of the game should be unforgettable. Only in such a case, the game will be popular among users and the further its development and modification have big chances. Everything starts with a great idea of the game plot, then it goes its realization and the checking procedure.

Definitely, a game full of bugs will not be in favour of end users. Software testing company helps to solve the issues of product quality. The specialists perform a set of checking procedure to evaluate and improve the system quality.