What Are the Disadvantages of Traditional Software Development? 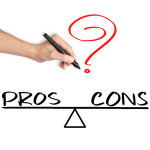 The feedback of any action is an important item for every activity type. It shows whether the action was successful or not; whether the area and direction of the activity is right; whether there are any prospects for further development, etc.

The feedback helps to realize the weak points and gives the opportunity to make the product better and popular. It is the essential element of the software development life cycle. Some specialists are responsible for providing the feedback.

Who Ensures the Feedback During Software Development?

Different methodologies of software development are used nowadays. And software testing is an inevitable step of the development process. The type of checking depends upon the programming technique and approach.

According to the Traditional Approach to Software Development:

The experts of mobile testing, desktop testing and website testing are sure that the traditional approach is not effective in most cases. Besides that, it has several disadvantages. For example, the feedback of system functioning comes too late.

What Are the Results of Late Feedback?

To avoid such troubles, it is better to apply the agile approach of software products development.